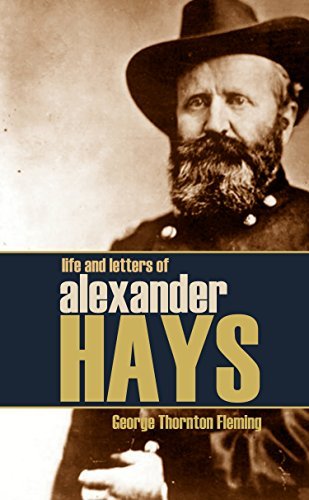 At a campaign stop when he was running for president, Ulysses S. Grant asked to stop by the grave of his friend and fellow West Point cadet, Alexander Hays, who had fallen at the Battle of the Wilderness. Newsmen reported that Grant openly wept at the graveside.

After having played a pivotal role commanding the forces that turned back Pickett’s Charge at Gettysburg, and having exposed himself on other open battlefields, the dense Wilderness was not the place to have expected Hays to fall. At Gettysburg, it was later written:

“We cannot summarize here what Hays’ Division did on the third day when the final blow, embodied in Pickett’s and Pettigrew’s charge, fell directly upon their front. When the fight ended that afternoon fifteen colors and over two thousand prisoners fell into their hands. Magnificently were they led by their division commander [Hays].”