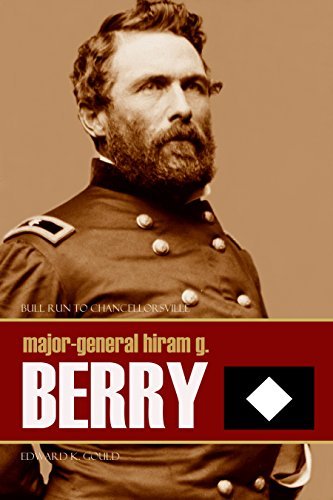 On the bloody battlefield at Chancellorsville lay a prostrate form. As General Joe Hooker rode up, he asked the officers gathered around, “Whom have you got there, gentlemen?”

When told it was Major-General Berry, he got off his horse, knelt, kissed the young general’s forehead, and wept bitterly.

HIram Berry was a self-made man and one of the promising young generals of the American Civil War. He led from the front and played significant roles in many battles. Berry’s decisive action at the Battle of Williamsburg was essential to General Hooker.