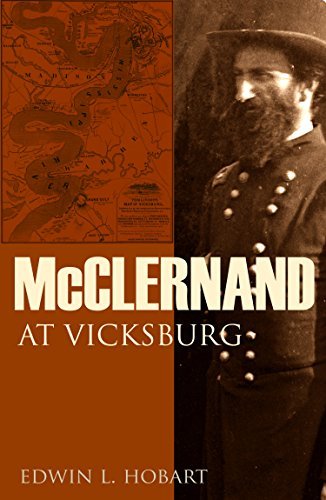 â€œImmediately after the reduction of Arkansas Post and capture of the garrison, McClernand returned with his entire force to Napoleon, at the mouth of the Arkansas River. From here I received messages from Sherman and Admiral Porter urging me to come and take command in person, and expressing their distrust of McClernandâ€™s ability and fitness for so important and intricate an expedition.â€

But was McClernand’s eventual removal justified. Edwin Hobart, a veteran of the Civil War under McClernand thought not. He penned this interesting analysis based on letters and war records in 1909.