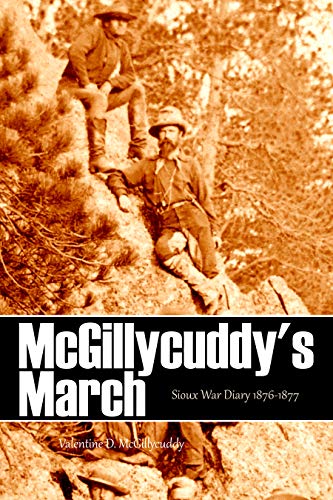 Summer 1876—George Armstrong Custer and over 200 7th Cavalry troopers lost their lives at the Little Bighorn. Also on the march against the Sioux and Cheyenne was General George Crook’s Wyoming Column. With Crook was Dr. Valentine T. McGillycuddy, who kept this diary in the field.

In rain and blistering heat, McGillycuddy recorded many interesting details of campaigning on the frontier. At the Battle of Slim Buttes and on Crook’s famous Starvation March, the doctor recorded the suffering and the humor he saw around him.