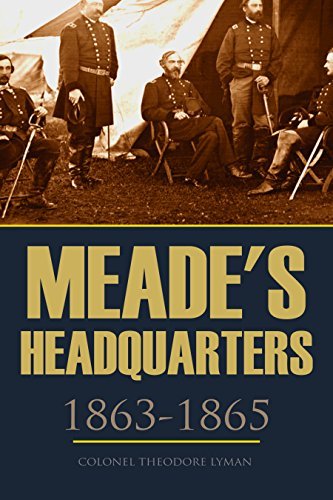 With great humor and insight, Harvard-educated Colonel Theodore Lyman described his time as a staff officer to General George Gordon Meade during the latter’s command of the Army of the Potomac in the American Civil War. You’ll see a side of Meade, Grant, Sheridan, Sherman, and others that you’ve never seen before.

“General Meade is in excellent spirits and cracks a great many jokes and tells stories.”

Ted Lyman was in the thick of every important action from the time he joined Meade. Lyman was a friend and cousin (by marriage) of Colonel Robert Gould Shaw, portrayed in the film, “Glory.”

In one letter he writes, “I saw Sherman, Grant, Meade, and Sheridan, all together. A thing to speak of in after years!”