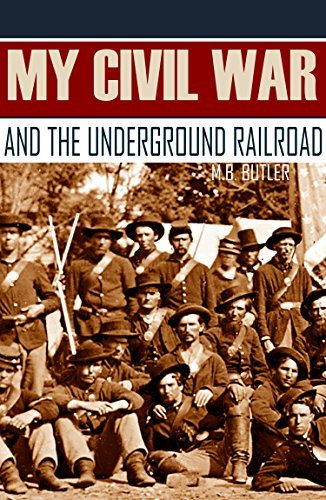 Before the Civil War erupted, Marvin Butler’s family was already part of a station on the Underground Railroad. Still, it broke his mother’s heart when he told her he had joined the 44th Indiana Infantry.

Through some of the most important battles of the Civil War, including Fort Donelson and Shiloh, Marvin Butler was in the thick of the horror and bloodshed of war as a first lieutenant. His eloquent, sometimes funny, compassionate style will keep you reading from cover to cover.

Woven into the narrative is Marvin’s and his families involvement with aid to escaped slaves, as well as a young man’s love story for a girl back home.