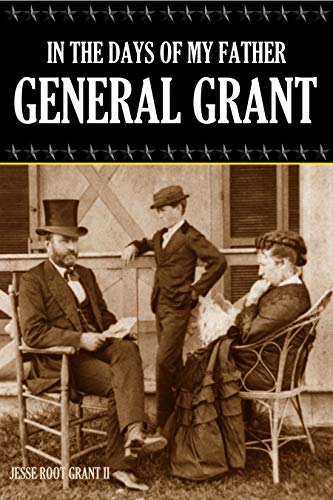 He was the youngest son of Ulysses S. Grant and he saw more history up close in his lifetime than any one hundred of his contemporaries. He accompanied his father into the field during war and was with his parents on their round-the-world trip after the Grant presidency.

In this intimate account, Jesse Root Grant II recalls the company of the famous and powerful, including Abraham Lincoln, William Tecumseh Sherman and other generals, politicians in Washington, and royalty in Europe and the Middle East. He tells gossipy tales like the time when he caused a fuss with Queen Victoria and his meals with Oscar Wilde in France.

Amusing, analytical, and like no other account of his famous family, Jess Grant shows a more human side of one of America’s great men.