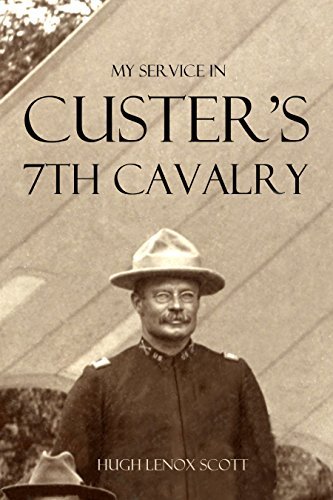 A newly-minted West Point lieutenant in 1876, he requested posting to George Armstrong Custer’s 7th Cavalry just days after the general’s death at the Battle of the Little Bighorn. He accompanied the brother of General Philip Sheridan to recover the remains of Custer and the other officers from the battlefield at the Little Bighorn in 1877.Â Fluent in Indian sign language, a true friend to Native Americans, probably no white man of his time was better at communicating with and gaining the trust of the tribes with which he worked than Hugh Lenox Scott.