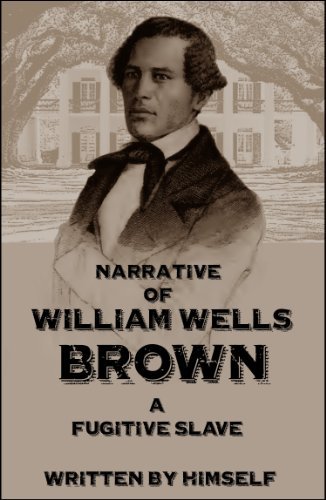 Born into slavery, sold away from his family, and forced to work as a “soul seller,” Brown’s suffering and flight to freedom contain a remarkable story.

“Any slave convicted of petty treason, murder, or wilful burning of dwelling houses, may be sentenced to have the right hand cut off, to be hanged in the usual manner, the head severed from the body, the body divided into four quarters, and the head and quarters set up in the most public place in the country where such fact was committed.”

“More than six men slaves, meeting together, not belonging to one master, unless on lawful business of their owners, may be whipped to the extent of twenty-one lashes each.”