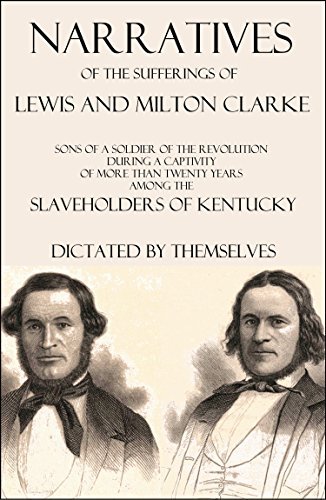 Their father and master was a white veteran of the American Revolution. Their mother was half white and was promised emancipation for her children upon the death of her master. But it was not to be.

Lewis and Milton Clarke, along with their siblings, spent decades in slavery. In this book, they describe their eventual escape and reunion in a free state. Though they appeared Caucasian, they struggled to gain the basic human rights they expected from a free society.