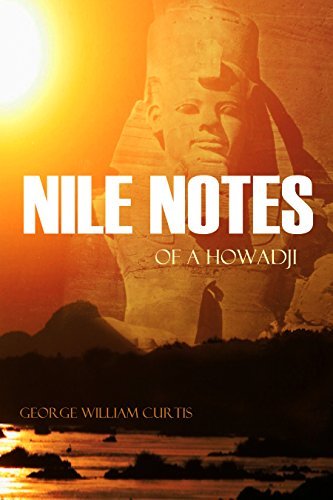 In 1856, famed American writer and speaker, George William Curtis, turned his pen to Egypt. He had visited the land of the pharaoh’s and sailed all the way up the Nile into Nubia, returning to write one of the best Egyptian travel diaries of the period.Â Married to the sister of Robert Gould Shaw (later famous for leading the 54th Massachusetts in the Civil War, depicted in the film, Glory), Curtis was one of the founders of the party of Lincoln