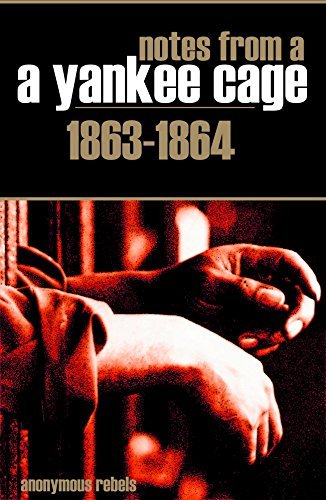 To pass the time and ward off boredom, prisoners of war in the American Civil War often started little, secret newspapers to entertain the inmates. One of these was the “Right Flanker,” written by anonymous Confederates being held in New York’s Fort Lafayette.

Many more POW memoirs came out of the rebel prisons like Andersonville and Libby. So this is a rare look inside a Union prison. The inmate’s observations are humorous, pithy, and decidedly “secesh.”