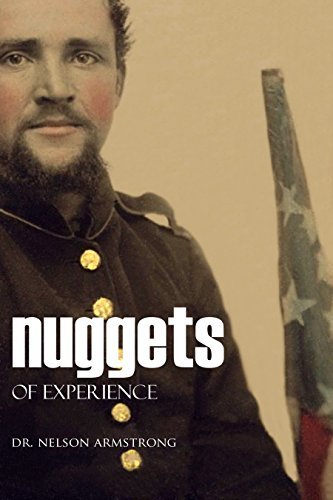 Dr. Nelson Armstrong’s Civil War memoir comes with bonus material of his life after the war as well.

Like millions of young men, Armstrong rallied to the call to serve to save the Union. He described his time with the One Hundred and Twenty-ninth Regiment, New York Infantry Volunteers. He lost two brothers to the war and his own health was shattered.

Yet after the shooting was done, he went out west and saw the frontier before it was tamed. He became a veterinary surgeon, a minstrel show promoter, and wrote this book for his former Union comrades. He spent the rest of his life as a member of the Union veterans’ organization, the G.A.R.