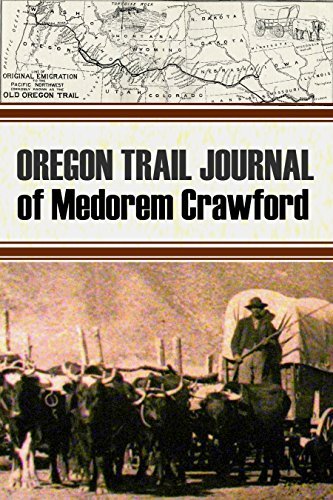 Known to everyone in early Oregon Territory, Medorem Crawford was one of its most prominent pioneers. This journal is the only record of one of the earliest large emigrations on the Oregon Trail, kept by Crawford on that journey in 1842.Â With its peculiar and inconsistent misspellings kept intact, it’s a fascinating read for its form as well as its story. Crawford stopped at the Whitman mission and met Marcus and Narcissa Whitman. He met and smoked with Indians on the trail. He knew Lincoln’s good friend, Edward Baker. And Crawford was an early Oregon Territory farmer and legislator.