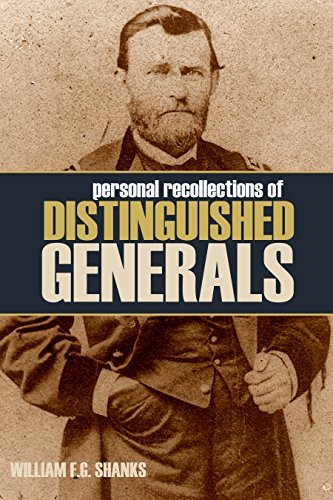 Shanks does not shy from including illuminating details that he was later told may have offended the subjects of his treatments. But he is admiring of the men he met and admirably creates portraits of Grant, Sherman, Sheridan, Rousseau, Thomas, Hooker, and others that you will not read elsewhere.

As he states in the preface: “Very few generals have appeared great to the war correspondents; and though very few of the latter can claim to be descendants of Diogenes, they can assert, with equal positiveness, that very few of the generals have been Alexanders, and that ‘the very sun shines through them.'”