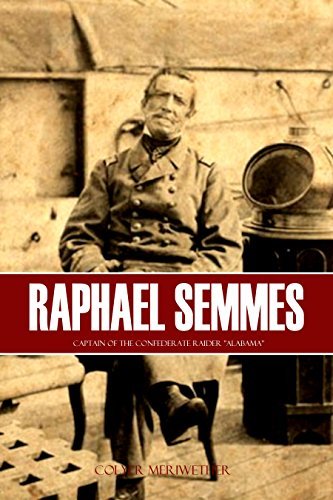 Ranging the Atlantic, the Gulf of Mexico, the Pacific, and the Europe, from August 1862 to June 1864 the much despised Alabama was a sought-after target for U.S. warships. The U.S. ship Kearsarge finally caught up with the Alabama off France on June 19, 1864. She was destroyed and her crew, along with Semmes, was captured.

This is the story of Semmes career before, during, and after the American Civil War.