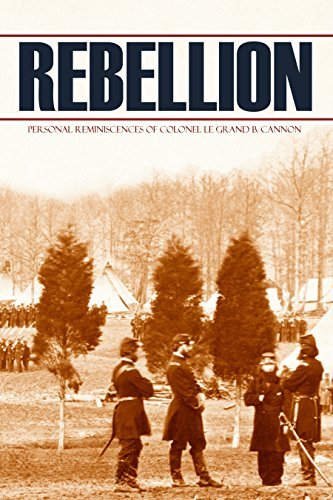 Colonel Cannon’s memoir of his experiences in the American Civil War was never meant for a public audience. They were written for family and friends but we’re very lucky they still exist. They are a valuable contribution to the canon of Civil War literature by an educated and thoughtful man.

He relates anecdotes of his time with Lincoln, stories of working with Edwin Stanton, dinner with Secretary of State William Seward, and meetings with other wartime notables. His sections on the introduction of United States Colored Troops is also important. He was witness to the clash of the Monitor and Merrimack.