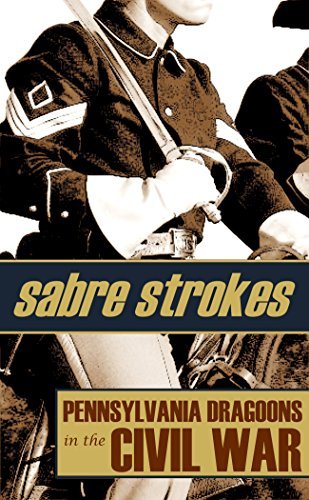 The Independent Dragoons were organized in Nittany Valley, Pennsylvania five or six years prior to the outbreak of the American Civil War. Though hardly of U.S. Cavalry skills, many of the young dragoons answered the first call for volunteers at the outbreak of war, including T.F. Dornblaser, the author of this delightful memoir.

At Chickamauga, on Sherman’s great March to the Sea, and in other battles, Company E, of the Seventh Pennsylvania Cavalry acquitted itself well. Dornblaser includes excerpts from his war diary, as well as many scenes from memory of the horror, suffering, and humor of army life.