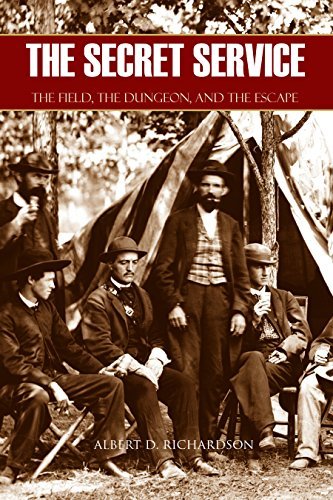 “In view of the author’s rich material, his well-known trustworthiness, and graphic descriptive powers, the publishers feel justified in predicting a work of unusual interest, containing more of the fact, incident, and romance of the war than any other which has yet appeared.” NEW YORK TIMES

The remarkable Civil War career of famous New York “Tribune” journalist, Albert D. Richardson, was packed with more action, intrigue, and danger than many of his colleagues. Like war correspondents today, Richardson reported from where the shells were flying and men were dying.

He was also a Union spy.

And in 1863, Richardson and the other famous Tribune correspondent, Junius Browne, were captured while trying to run the Confederate batteries protecting the river at Vicksburg. They spent 20 months in harrowing prison conditions until their dramatic and dangerous escape through enemy territory.