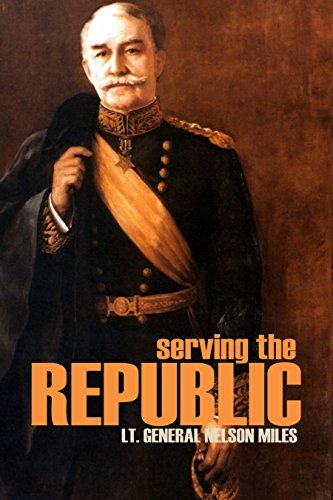 One of the most remarkable military careers in American history, the life of Nelson A. Miles encompasses the sweep of the American Civil War, the Indian Wars, and the Spanish American War.Â As a college-educated volunteer officer in the Civil War, Miles fought at Antietam, Fredericksburg, Chancellorsville, Spotsylvania Courthouse, and the Wilderness, among other important campaigns, and was wounded four times. A major-general at only 26, he was a Medal of Honor recipient for his actions at Chancellorsville.Â As a commander in the Indian Wars, he had admiration and respect for many of the Indians he met, despite carrying out a ferocious war to subdue them.