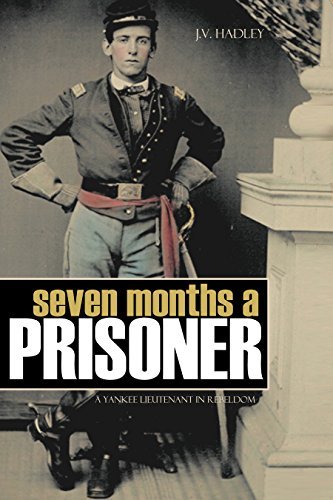 His horse shot from under him, badly hurt from impact with a tree, and unconscious, Lt. Hadley was left on the battlefield of the Wilderness, considered by his comrades to be mortally wounded.

When he awoke, he and his friend Homer Chisman were Confederate prisoners. In this true story from the American Civil War, you’ll read Hadley’s and Chisman’s dangerous and exciting exploits as they escape, are recaptured, and escape again.