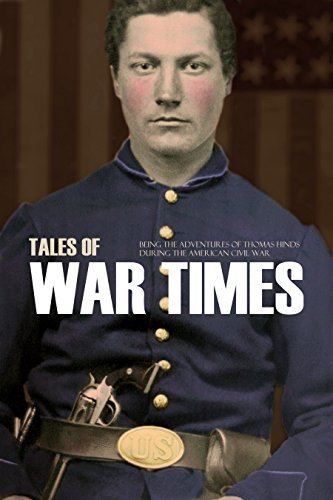 With his colloquial language and inconsistent spelling, Thomas Hinds tells his story as a cavalry corporal in the American Civil War. Like many teenagers of his generation, he lied about his age and was repeatedly turned down for enlistment until he finally got into 1st Maryland Cavalry, Company A.

He was eventually captured and imprisoned in the notorious Andersonville Prison.Â “I will always remember the kindness of the slaves to me during my five weeks travelling through Georgia. They were always true and helped many a Union soldier in distress. I will always have a kindly feeling for those people; but for them I should never have succeeded in making my final escape to Shermanâ€™s army.”