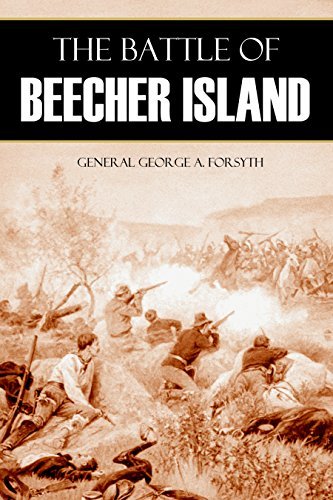 Sandy Forsyth commanded a tiny force pinned down on a sand bar in the Republican River for nine days against hundreds of Cheyenne warriors led by Roman Nose. Forsyth was badly wounded but stayed in command as men and horses fell around him.

Earlier in his career, he had been an aide-de-camp to Major-General Phil Sheridan during the Civil War. He rode with Sheridan on his famous nighttime ride from Winchester to avert catastrophe at the Battle of Cedar Creek. That story is here, as well as Forsyth’s memory of his presence at the surrender of Robert E. Lee to Ulysses S. Grant at Appomattox Courthouse.