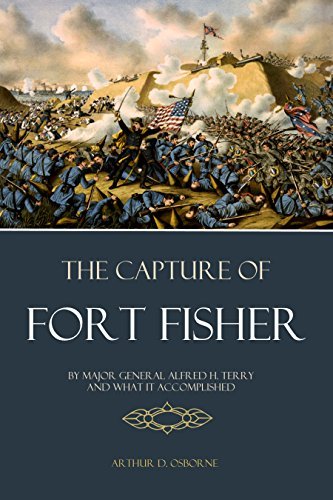 In this short but very interesting account, Terry’s command of an important event of the Civil War is related. Terry’s own official report is included, as well as Arthur Osborne’s analysis of why the battle was important.

The fall of Fort Fisher is an event portrayed in Steven Spielberg’s great film, “Lincoln.” As Lincoln and Stanton wait in the War Department telegraph office for news of the assault on Fisher, Lincoln tells a humorous story of Ethan Allen in London.