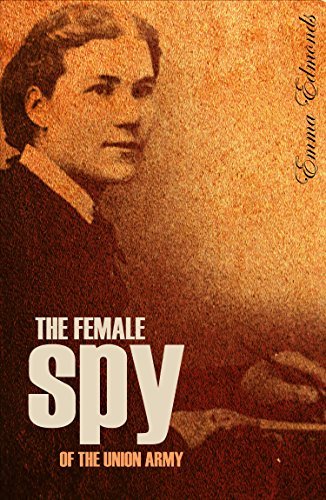 The only woman inducted into the Union veterans organization, The Grand Army of the Republic, she was inducted into the Michigan Women’s Hall of Fame in 1992. Her true story is as remarkable and exciting as it was dangerous. Disguising herself as a man named Franklin Flint Thompson and enlisting in the Union army, Emma saw front-line battle and acted as a spy.

A master of disguise, she even traveled into enemy territory as a black man and an Irish woman. Her poignant story was published to great acclaim in 1864 and quickly became a best seller. After the war she was lauded by former compatriots and given a small government pension.