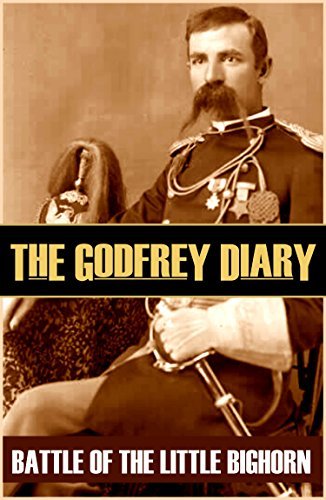 Lieutenant Edward Settle Godfrey kept this diary during the spring, summer, and fall of 1876 while he commanded K Company of the 7th Cavalry under General Custer. Godfrey played an important role in the fight, later became a nationally-known authority about the Last Stand, and retired a general. This book includes Godfrey’s famous 1892 Century Magazine article about the battle, the first published by an officer in the 7th.

“Mitch” Bouyer, the half-breed interpreter, “Bloody Knife,” the chief of the Ree scouts, “Half-Yellow-Face,” the chief of the Crow scouts, and others were having a “talk.” I observed them for a few minutes, when Bouyer turned toward me, apparently at the suggestion of “Half-Yellow-Face,” and said, “Have you ever fought against these Sioux?” “Yes,” I replied. Then he asked, “Well, how many do you expect to find?” I answered, “It is said we may find between one thousand and fifteen hundred.” “Well, do you think we can whip that many?” “Oh, yes, I guess so.” After he had interpreted our conversation, he said to me with a good deal of emphasis, “Well, I can tell you we are going to have a big fight”