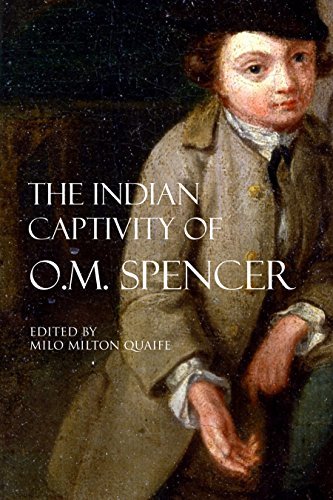 This is the true chronicle of the capture and captivity of the nine year old son of a prominent settler in 18th century America. It is articulate, full of observations of Indian life, and has the ring of authenticity.Â Edited in 1917 by the well-known historian, Milo Quaife, the memoir covers the time of Spencer’s capture, through his eight months with the Indians, to his ransoming and journey back to his family.