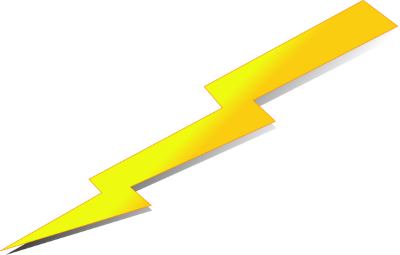 John Bourke, soldier-scholar and plains Indian Wars campaigner, was a great admirer of Native Americans and befriended many. His classic work, On the Border with Crook, is one of the best of the period and includes a great deal of humor. Men on the isolated frontier posts of the 1870s had little to do when not attending to chores, drills, or campaigns. Here Bourke relates some shocking frontier fun had by whites and Indians alike. Though the fun appeared to be at the medicine man’s expense, see who got the last laugh.

“There was an old, broken-down electrical apparatus in the post hospital, which had long ago been condemned as unserviceable, but which we managed to

repair so that it would send a pretty severe shock through the person holding the poles. The Indian boys and girls looked upon this as wonderful “medicine,” and hung in groups about the headquarters, from reveille till retreat, hoping to see the machine at work; not at work upon themselves exactly, but upon some “fresh fish” which they had enticed there from among the later [Indians surrendering to the agency]. Many and many a time, generally about the lunch hour, a semicircle would form outside the door, waiting for the appearance of someone connected with the headquarters, who would be promptly nudged by one of the more experienced [Indian] boys, as a sign that there was fun in sight. The novice couldn’t exactly comprehend what it all meant when he saw at the bottom of a pail of water a shining half-dollar which was to be his if he could only reach it while holding that innocent-looking cylinder in one hand. There was any amount of diversion for everybody; the crop of shorn lambs increased rapidly, each boy thinking that the recollection of his own sorrows could be effaced in no better way than by contemplating those of the newer arrivals; and so from guard mount to parade the wonder grew as to what was the mysterious machine which kept people from seizing the piece of silver.

“High Wolf, the great doctor of the Cheyennes, [came] to the fore. The squaws nagged him into accepting the gauntlet thrown down so boldly. Excitement ran high when word was passed around that High Wolf was going to test the power of the battery. There was a most liberal attendance of spectators, and both whites and reds knew that the ordeal was to be one of exceptional importance. High Wolf had with him a good deal of “medicine,” but he asked a few moments’ delay, as he had to make some more. I watched him closely to guard against trickery, but detected nothing to cause me any apprehension: he plucked one or two lengths of grass just peeping above the ground, rolled them in the palms of his hands, and then put them into his mouth, wherein he had previously placed a small stone, glanced up at the sun, and then at the cardinal points, all the while humming, half distinctly, his “medicine song,” in which two sympathizing friends were joining, and then was ready for the fray.

“I was not asleep by any means, but putting in all the muscle I could command in revolving the handle of the battery, and so fully absorbed in my work, that I almost forgot to summon “Pat Malloy” [an old Irish song, in this case employed by Bourke as his “medicine song”] to my aid. High Wolf took one of the poles, and of course felt no shock; he looked first at the glittering dollar in the bottom of the bucket, and next at the extra prize of five dollars, if I remember correctly, contributed by the officers standing by; and in another second his brawny left arm was plunged up to the elbow in the crystal fluid.

“Not being an adept in such matters, I am not prepared to say exactly how many hundred thousand volts he got in the back of the neck, but he certainly had a more thorough experience with electricity than any aborigine, living or dead, and, worst of all, he couldn’t let go. He was strong as a mule and kicked like a Texas congressman, smashing the poor, rickety battery all to pieces, which was a sad loss to us. He was neither conquered nor humiliated, and boldly announced his readiness to repeat the trial, a proposal we could not in honor decline. The battery was patched up as well as we knew how, and we allowed him to try again; this time, as the crafty rascal knew would be the case, the wheezy machine furnished no great current, and he fished out the dollar, although moisture gathered in beads around his neck, and his fingers were doubled upon his wrists. He got the rest of the money, according to promise, and the decision of the onlookers was that the whole business must be adjudged a “draw.” High Wolf was a powerful “medicine man” as of yore, and he alone of all the Indians at Red Cloud could compete with the white man’s “medicine box” whose wheels went whir-r-r-whir-r-r-r.”

To read all of Bourke’s classic, see: