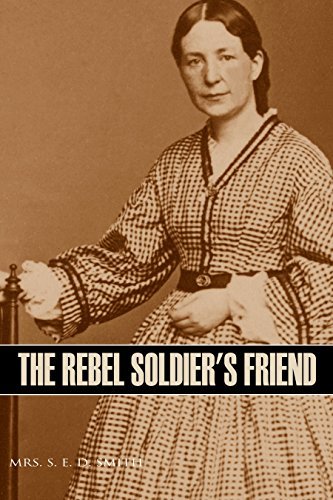 She was known the to boys in butternut as Grandma Smith. Both her husband and only-living son were serving in the Confederate army so she did what she couldâ€”she served in Confederate hospitals. In this honest memoir, she wrote of the horrors and excitement of war.

Near the front lines, she described the thrill of watching the battle of Chattanooga. Union and Rebel armies clashed with thundering artillery and musket fire. She also related the sad demise of her beloved south, seeing too many shattered bodies, shattered souls and minds, and devastated countryside.