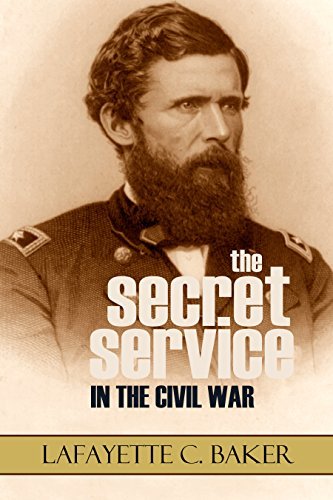 Lafayette C. Baker’s name appears in over 150 New York Times articles between 1861 and 1868. His work was important, well-regarded,and of great interest to the public (at least what could be told publicly). He was in close contact with Abraham Lincoln, Edwin Stanton, and other high officials.Â When he was accused later of spying on the White House, he was dismissed and set about writing this memoir of his time in service during the Civil War.