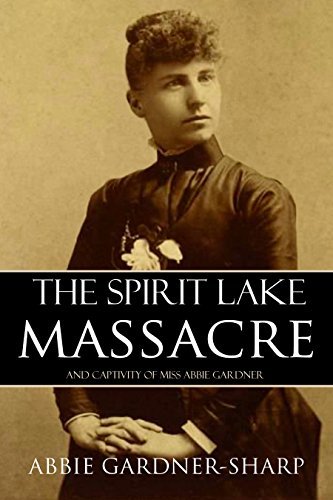 Still a child when she was abducted and her family slaughtered before her eyes, Abbie Gardner survived her captivity and wrote one of the most compelling accounts of the Indian-captive genre. Though she never quite fully recovered from her ordeal, she later married and was adept at turning her story into a way to support her family.

Historian Paul N. Beck has written an extensive biography of Inkpaduta that sweeps away many of the myths (and errors) about the Santee chief who led the raid in Spirit Lake.

Abbie died on January 17, 1921 and was buried with her birth family near the Abbie Gardner Sharp cabin, which still stands near Arnold’s Park in Spirit Lake, Iowa.

Abbie’s thrilling and tragic account of her ordeal has enthralled many generations of readers.