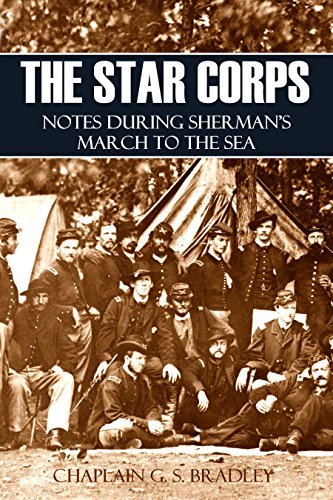 Chaplain G.S. Bradley used journals and notes from his own writings, as well as from his comrades in arms to recreate the history of their historic march. In here you’ll find the battles, the wretched conditions of the march at times, conversations with southerners they met along the way, and many stories of the freed slaves that followed them out of bondage.

They write of the impoverished and ignorant whites, who wanted nothing more of war. They describe magnificent mansions on abandoned plantations. They reveal their own feelings about the path of destruction they leave in their wake. And they express the overwhelming joy of finally hearing of the Confederate surrender.