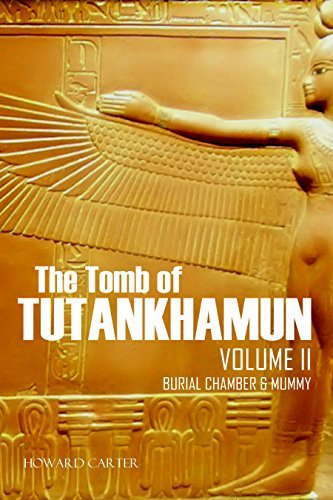 Volume II of Howard Carter’s historical and exciting series covers the dismantling of the enormous golden shrines around Tutankhamun’s sarcophagus, the opening of the sarcophagus, the solution to the mystery of the immense weight of the king’s coffins, and the magical day when they became the first people to gaze on the boy king’s face after more than 3,000 years.

Familiarity can never entirely dissipate the feeling of mystery—the sense of vanished but haunting forces that cling to the tomb. The conviction of the unity of past and present is constantly impressed upon the archæological adventurer, even when absorbed in the mechanical details of his work. These are varied enough. For instance, it was encouraging to find that, save for a few grains of disintegrated plaster fallen from the ceiling on the black modern pall with which I had covered the sarcophagus, hardly a trace of dust had settled in the tomb since it was closed down the previous year.