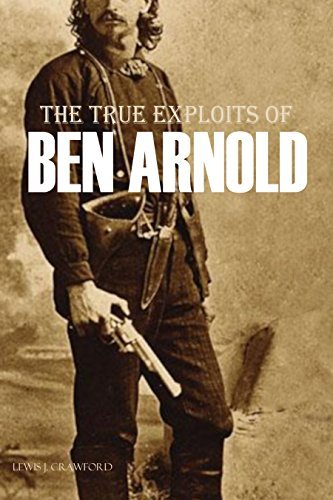 Civil War veteran Ben Arnold was the contemporary of Wild Bill, Crazy Horse, Sitting Bull, Buffalo Bill, George Armstrong Custer, Frank Grouard, and knew them all. He was well-known in the territories of Montana, Wyoming, and the Dakotas. Arnold fought with General Crook’s soldiers at the Rosebud against Crazy Horse.

When contact was first made and firing began between our Indian scouts and the Sioux, there was one Sioux who seemed to have a charmed life. He skipped back and forth, taking advantage of whatever protection the nature of the ground afforded. When the army had advanced to within firing distance he was still holding his line, and doing effective shooting, too. Naturally he drew the fire of all our skirmishers and fell wounded; even then he sat up and kept pouring in his fire, determined to die selling his life dearly. When the front rank of the advanced line was within easy range, the order rang out, “Halt! Take aim! Fire! and the wounded Indian crumpled up, riddled with bullets. I learned afterwards that he made this personal sacrifice in order to give time for the Indian women and children to get away.