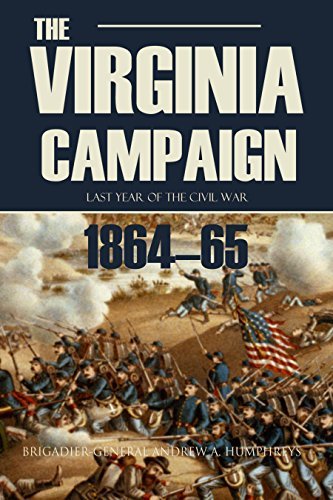 General Andrew Humphreys always led his men from the front. After distinguished service on the Peninsula, at Chancellorsville, Fredericksburg, and elsewhere, he nearly lost his division at Gettysburg in Sickles’ ill-advised move out in front of the Union lines.

After Gettysburg, Humphrey’s acceded to the request of General Meade to become his Chief of Staff. He served in that capacity until November of 1864, when he took command of II Corps.

Humphreys’ extraordinarily detailed account of the entire Virginia Campaign was highly praised by his peers after the war.