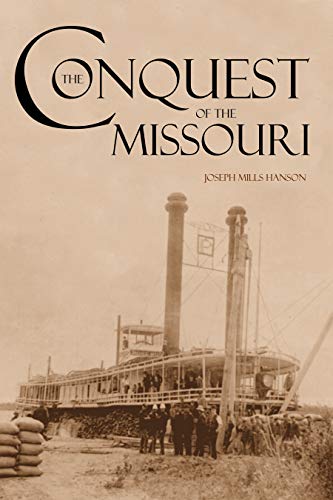 He saved the wounded survivors of the Battle of the Little Bighorn by piloting the steamer Far West on a record-breaking dash down three rivers to Fort Abraham Lincoln. This acclaimed biography of Grant Marsh is one of the quintessential works of western Americana covering the last quarter of the 19th century and is a source for every Custer scholar.

In addition to a lengthy treatment of Marsh’s important role on the 1876 Yellowstone Expedition with General George Armstrong Custer, General Alfred Terry, and General John Gibbon, this exciting and fascinating book details the development of the captain’s career on the Mississippi and Missouri Rivers, which paralleled the rise of the steamboat industry.

Hours before sunrise Captain Marsh was about directing the discharge of cargo and keeping his thirty deckhands rushing, and when, at the first streaks of dawn, the bugles’ echoing reveille roused the sleeping soldiers, the fifteen days’ supplies were ready for issue on the bank. After the bustle of breakfast was over the camp quieted for a few hours, while the men arranged their belongings for the hard march ahead. A number, including the officers, seized the opportunity for writing letters to dear ones at home. For many of them, alas, these were to be the last messages of love they would ever send on earth. Though the morning was glorious, and though the soldiers were veterans, accustomed to hail the approach of action with enthusiasm, strangely enough a sense of depression seemed to pervade the camp and not a few of the letters voiced this feeling. It was as if a premonition of coming catastrophe was in the men’s hearts which they could not shake off. General Custer himself was affected by it and so were many of his officers.