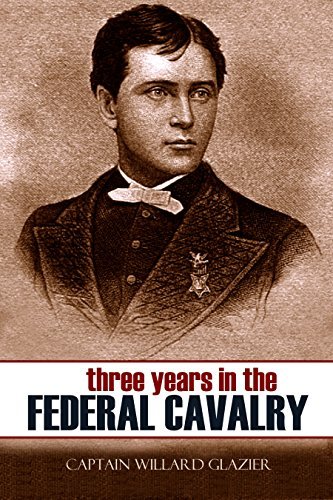 A Civil War memoir like no other, Will Glazier’s time in the Second Regiment of New York Cavalry, â€œHarris Light,â€ is riveting in its drama and for the major figures with whom he served. General Judson Kilpatrick and General Pleasanton played a big role in Glazier’s experiences in the war.

A controversial figure after the war, Glazier published and promoted several books, becoming well-known around the nation. Along with fame came a degree of infamy.