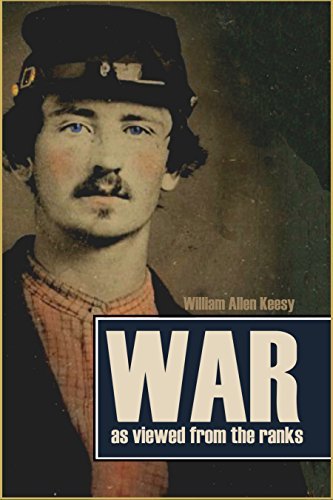 Only eighteen when he joined the 55th Ohio Volunteer Infantry of the Union Army, William Allen Keesy nevertheless went on to serve twice in the war. Honorably discharged for severe illness, he agreed to be drafted back into service and saw some of the fiercest fighting in the war. At Cross Keys, Second Bull Run, Gettysburg, Chattanooga, Missionary Ridge, the siege of Atlanta, and Sherman’s march, the 55th was hotly engaged until the bitter end. Keesy saw most of it and records it here “as viewed from the ranks.”