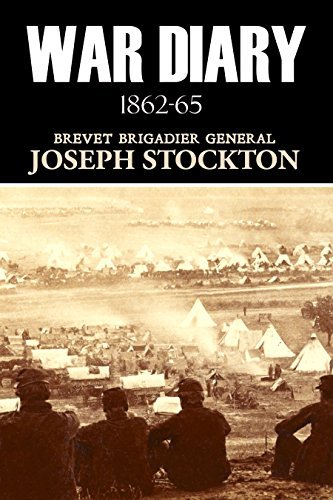 From first lieutenant to brigadier general, Joseph Stockton commanded through some of the bloodiest and most important battles of the American Civil War. His modest but detailed prose makes it another wonderful soldier’s-eye-view of the greatest war of American history through his war diary.

“…suddenly fell forward on my face. I thought I had been knocked down by the force of a shell passing by, but feeling some blood trickling down my neck, I put my hand up and found that I had been hit by a side shot through the back of my head, making a painful but not dangerous wound.”

He also wrote in his diary of his own tears as he witnessed a sorrowful parting between an ill Confederate soldier and his wife in a hospital.