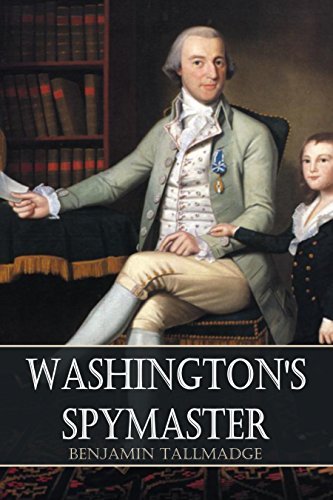 Twenty-one year old Benjamin Tallmadge was an enthusiastic patriot. He was tapped by George Washington to organize intelligence in British-occupied New York City, and he formed the famous Culper Spy Ring, whom he mentions in this volume without giving names. He never even told Washington who was in the ring, and Washington did not want to know.

Leaving his studies at Yale University, young Tallmadge was given a commission as a lieutenant. He arrived in New York in June, 1776 and started training his troopers every morning and evening on Wall Street.

Scenes of battle, Benedict Arnold’s betrayal, the execution of friend Nathan Hale, were all part of Tallmadge’s experiences in the war. He wrote this book for his children and it’s one of the most personal memoirs of the American Revolution.