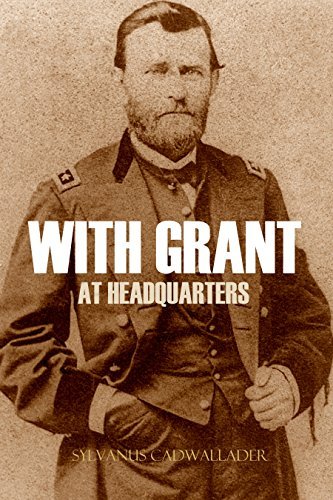 Sylvanus Cadwallader was one of those remarkable figures who stood close by in the shadows of some of the most titanic events of American history. His intimate association with Ulysses S. Grant and members of his staff is unique, especially given his profession as a New York “Herald” war correspondent.

General James Harrison Wilson wrote, “He messed with the staff and while he held no official position, he was furnished with shelter and transportation and was treated in all respects as a commissioned officer.”

That he was fully accepted into Grant’s military family is borne out not only by statements in this memoir but by Grant’s Chief-of-Staff, John Rawlins, and cavalry commander, Wilson, who wrote the only biography of Rawlins. Cadwallader remained with Grant from Vicksburg to the surrender at Appomattox.

Cadwallader earned the trust of Grant and his officers through his ability to report factually while keeping important details secret, including episodes of Grant’s drinking. His personal charm and efforts to do all he could to help the headquarters staff made him an intimate friend of Grant, Rawlins, Bowers, Wilson, and many others.