Racing Down the Yellowstone 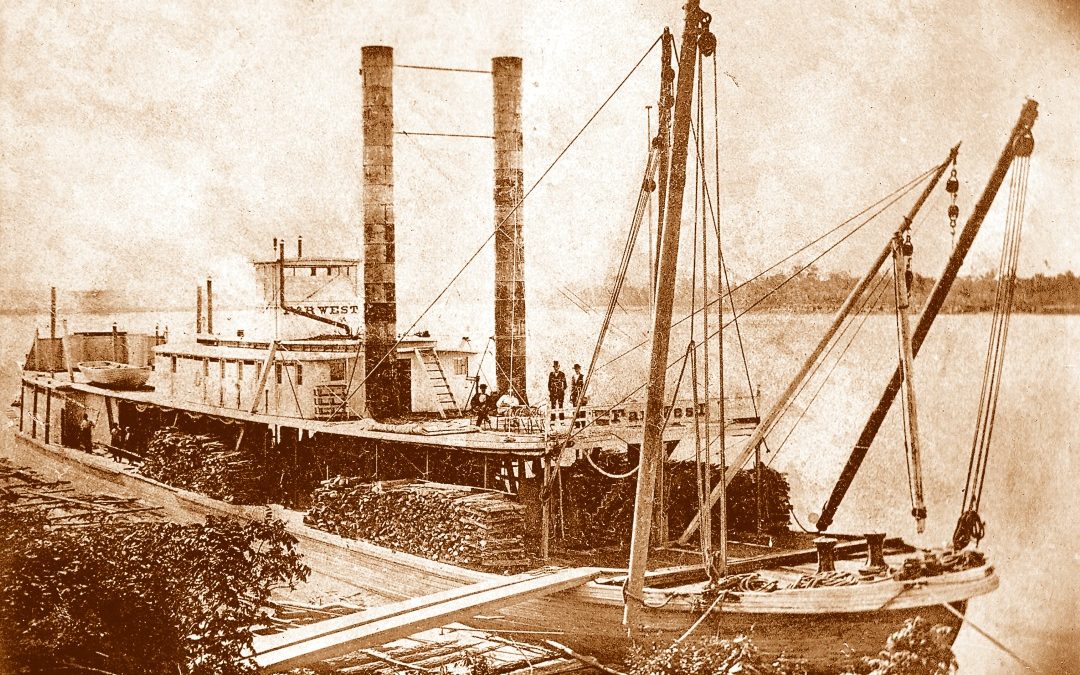 Before the dominance railroads in America, rivers were the byways with the longest reach for moving people and goods. With the advent of the steamboat, shallow-draft engine-powered travel was possible over thousands of miles of waterways.

River navigation was a tricky business and never more so than on one trip in particular in the summer of 1876 on three rivers, one of which was practically unknown for any kind of boating. The trip was instigated due to General Custer’s disaster at the Little Bighorn on June 25-26 and the three rivers were the Big Horn, the Yellowstone, and the Missouri. 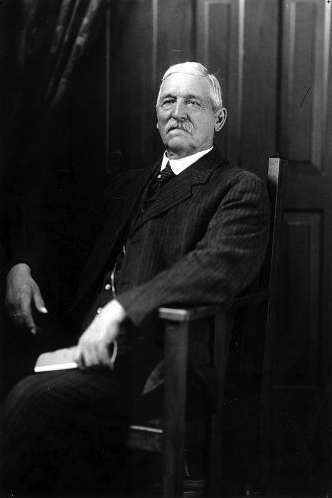 Grant Marsh, at that time 42 and already a well-known riverman, was captaining the steamboat Far West under contract to the U.S. Army. To move the hundreds of tons of forage, food, and ammunition required for the Yellowstone Expedition against the Sioux, the Far West had to negotiate winding rivers with shifting bars and hidden snags. She was fast, light, and strong, with the ability to “grasshopper” over sand bars with special equipment.

In addition to supplies, the boat was needed to ferry soldiers and horses across portions of the rivers that could not be forded or bridged. On those days, the boat had to be unloaded onto the shore to remove weight to accommodate the ferry passengers and then reloaded.

State of the Art

Custer left a camp at the mouth of Rosebud Creek on the Yellowstone on June 22nd with orders that even in the 21st century are controversial. Whether or not you believe he exceeded those orders depends on your view of Custer. Most non-military people would likely read General Alfred Terry’s orders as being somewhat ambiguous. Some do not. 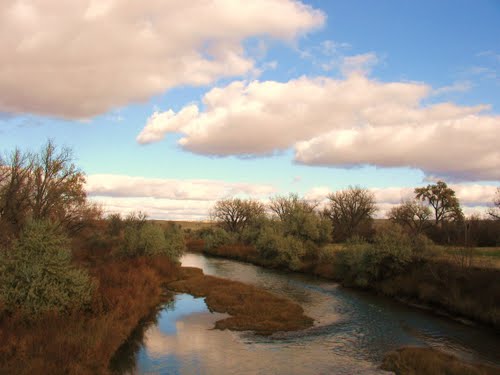 But this post is about the Far West and Grant Marsh. After Custer went up the Rosebud and on to his destiny, Terry, Colonel John Gibbon, and the Montana Column went up the Yellowstone and the Big Horn, intending to approach the Little Bighorn Valley from the opposite direction of Custer, at the soonest on June 26. Marsh piloted his steamer the same direction.

Consider the fact that, as experienced as Marsh was, he was seeing those rivers for the first time. As he snaked his 190 foot steamer along to the Little Big Horn (whose mouth is at Hardin, MT), he had no thought that he would have to race his way back down to save lives.

Terry and Gibbon did not reach the Little Bighorn Valley, site of the Custer fight, until June 27th. By then, Custer and over 200 of his men had been dead for two days and the 7th Cavalry survivors, under Major Marcus Reno, had been under siege by a force of Sioux and Cheyenne that outnumbered them ten to one.

Upon learning of the disaster, General Terry sent orders to Grant Marsh to stand by at the mouth of the Little Big Horn river to receive the wounded survivors, some of whom were seriously injured (two had required amputations in the field). Marsh had the decks covered with a cushion of prairie grass under heavy tarps. Once the wounded were on board, the race began.

From the mouth of the Little Big Horn on June 30, Captain Marsh pushed the throttles as far as safety would allow down 53 milies (85 km) to the base camp on the north bank of the Yellowstone River at the mouth of the Rosebud. After a two-day delay there while ferrying soldiers across the Yellowstone and taking on more wood, Marsh and his crew accomplished the record-setting race to Fort Abraham Lincoln, a run of 710 miles in 54 hours. Only one trooper died on the way and the Far West brought the first news to the world on July 5th that Custer and his troopers were dead.

But 51 of the 52 wounded were still alive. Some of them had lain in agony, without shade in the burning Montana sun for two days before their miserable, bumpy transport to the Far West, 17 miles from the battlefield. Their suffering was probably lessened only slightly by the presence of whiskey in the supplies on the boat. From the time they were wounded until they reached Fort Lincoln, they endured ten days of pain.

Marsh headed back up the river nine days later to supply Terry. In 1883, the Far West hit a snag and sunk in the Missouri. Marsh continued to pilot for many years. He died in January, 1916. 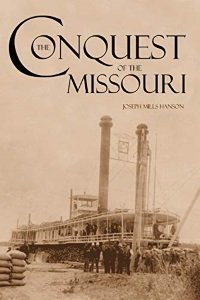